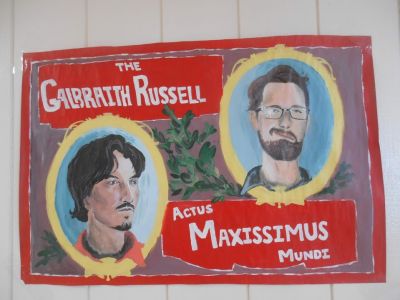 The 2019 Freshman Dance at Wyoming Catholic College was put on by the Class of 2022 on February 2, 2019. With a theme "Circus", entertainment coordinated by Andrew Russell and the Three Musketeers, food by Ruth Kress, special juggling performances by Ruth and Thomas Urgo decorations headed by MaryAnne Spiess and overall planning by Blaise Galbraith it was the highest-rated dance in WCC history. Held in Frassati Hall as with most dances, it was the launching point for Andrew's career as a skit writer.

Members of the Class of 2022 were divided on what theme to choose as te time for their first dance approached, with "Dominos & Disco" and "White Rose Resistance" being the two most popular themes heading into a runoff vote. However a late-breaking comment by Blaise Galbraith shifted public opinion at the last moment to "Circus" and the "Galbraith & Russel Circus Maximus" was born.

Entertainment was headed by Andrew Russell who created, directed, and performed in nearly a half-hour of original skits. Several other student groups also performed, led by the five members of the Three Musketeers as well as Ruth Kress and Thomas Urgo who performed several stupendous feats of juggling.

MaryAnne Spiess headed decorations for the dance, including creating many stupendously life-like posters of the various performers and directors of events. 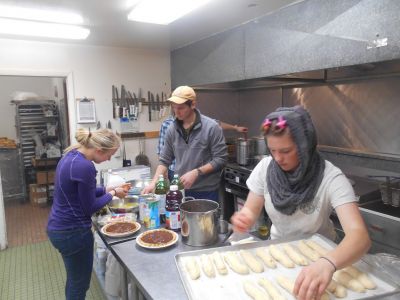 Prepping food for the 2019 Freshman Dance

Ruth Kress headed food production for the dance assisted by many others. Due to the "Circus" theme, many "carnival" or "circus" foods were offered including many experimentation deep-fried concoctions.

See more photos at this link