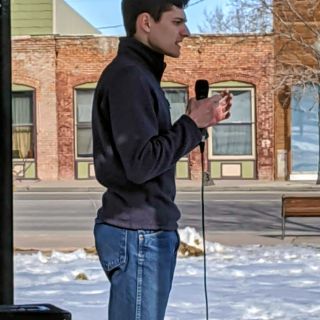 Anthony Jones is a senior of the Class of 2021 at Wyoming Catholic College. One of the most politically active students at the school, (although supporters of Sophia Donaldson may disagree) he is head of the Cowboys for Life, the college's Pro-Life club, a major political campaigner both in Lander, Wyoming and around the nation, and is considered by many commentators to be a top contender for the U.S. Presidency in a future election with at the very least a strong political career awaiting him.