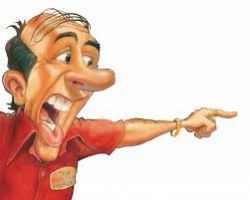 Bart Rathbone is a researcher and computer scientist for the technology and research organization Exploritech, and the former owner of a technology and programming firm Electric Palace Inc. as well as founder and director of the private astronomy organization Watchers Awake.

Of Italian ancestry, Bart Rathbone was born in 1963 in New Jersey to a father who was a major general in the US Air Force, William Rathbone. From a young age, Bart was interested in technology, business, and science, and where the three intersect, leading him, a star student to apply to and attend the Massachusets Institute of Technology where he formed a lifelong friendship with Dr. Mark Johnson, the current head of Exploritech. Bart went into business with computers after graduating from MIT with a degree in computer science, one of the first in its kind, and launched Electric Palace Inc., otherwise known as Rathbone Computer Enterprises in 1987. However, even as his company quickly became successful, he wanted to challenge himself in more ways than one, being the first to sign up to assist with Dr. Mark Johnson's research and invention organization, Exploritech.

Bart and his family now live just outside Indianapolis, Indiana, near Exploritech's primary headquarters. Bart focuses his current research and works for the organization primarily on developing advanced neural network systems as well as battery technology, as well as a recent branch out into invisible-bandwidth astronomy.