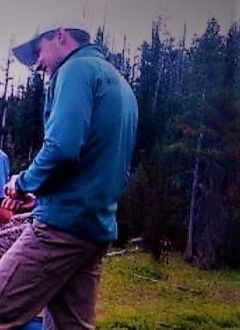 Image from WCCLE 5 reportedly showing Bigfoot in the background

Bigfoot is a somewhat humanoidly shaped and acting but otherwise ape-like creature that has been reportedly spotted numerous times in the American West over the past two centuries. Students at Wyoming Catholic College are some of those who claim most often to see the reported creature, on their outdoor expeditions and particularly the Freshman Expedition. Although school officials usually deny or downplay reports of Bigfoot sightings, anecdotal reports from students at the school confirm that such sightings are very commonplace on nearly all school-associated outdoor expeditions