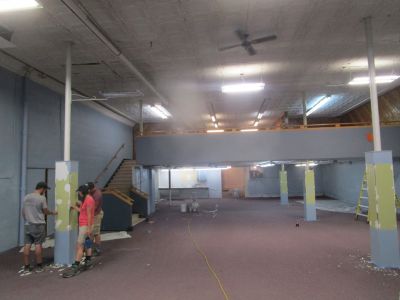 The "Old" Don Bosco Building was a student lounge, Roman Rite Chapel, and Byzantine Chapel located on Main Street in Lander, Wyoming, just across from the school's Baldwin Building and near the Augur Building, Don Bosco was acquired by the school on a one-year lease in August 2020, and was also one of the least-used buildings on campus. WCC moved out of the building in May 2021, and now has a building used for similar purposes across the street. Commemorating the building, WCC also decided to transfer the "Bosco" designation to the replacement, now titled "North Bosco". The original Don Bosco building was notoriously plagued by various plumbing and electrical issues, and was also reportedly much frequented by WCC couples until its demise. As of October 2021, the building is still available for lease.