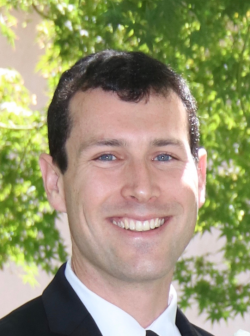 Dr. Henry Zepeda is a mathematics, philosophy and science teaching fellow at Wyoming Catholic College where he has primarily taught Euclid to freshmen and sophomores as well as Field Science and Mathematical Reasoning.

Zepeda grew up in a large family in Southern California, and he acquired a deep love of reading and hiking from his father at an early age. As a student at Thomas Aquinas College, he became fascinated by the beauty of the mathematical arguments of Euclid and the elegant astronomical models of Ptolemy, so he pursued the study of the history of science at the University of Oklahoma. He has previously taught a variety of subjects, including history, history of science, mathematics, and natural science, at a number of institutions of higher learning.

Dr. Zepeda is particularly interested in the manner in which medieval scholars understood the mathematical sciences that they inherited from the Greeks and Arabs, and he has spent much of his adult life reading medieval manuscripts in libraries across the United States and Europe. He worked for several years as a researcher in Germany, where he studied and edited medieval Latin commentaries on Ptolemy’s astronomical masterpiece, the Almagest. His book, The First Latin Commentary on the Almagest: The Almagesti minor (c. 1200), will soon be printed, and he is now working on a critical edition and translation of the Epitome Almagesti, which is the most sophisticated Latin work in the Ptolemaic tradition.

Dr. Zepeda’s love of Latin manuscripts played a large role in the story of how he met his wife, who is a classicist. The Zepedas have a young daughter, Julia.