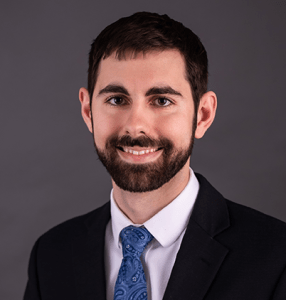 Dr. Jacob Terneus is a professor of philosophy for the Aquinas Institute and a future professor of Philosophy and Latin for Wyoming Catholic College. He is also the brother of current WCC senior John Paul Terneus.

Mr. Terneus has studied at Wyoming Catholic College, the University of California at Berkeley, the Institutum Studiis Latiniis Provehendis at the University of Kentucky, and Marquette University. His research primarily centers on ancient and early medieval conceptions of willing and free will (especially in the Stoics, Plotinus, and Augustine) as well as the Thomistic distinction between essence and existence. You would also be hard pressed to keep him from any conversation concerning aesthetic and literary sublimity, religious terror, phenomenology (especially the work of Heidegger, Bachelard, and St. Teresa Benedicta of the Cross), or the writings of Flannery O’Conner.

Mr. Terneus enjoys teaching courses in Latin and philosophy. He also had the grand opportunity of spending four years as an instructor of backpacking, climbing, and leadership for COR Expeditions. Mr. Terneus’s writings appear in The Imaginative Conservative, St. Austin Review, Journal of the Cardinal Newman Society, VoeglinView, and Integritas. He currently lives near Madison, WI, with his beautiful wife and daughter.