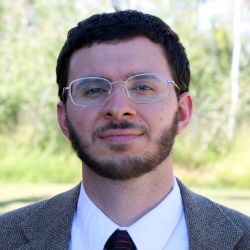 Dr. Michael Bolin is an Associate Professor of Philosophy at Wyoming Catholic College.

A graduate of Thomas Aquinas College and the University of Dallas, Dr. Bolin previously taught undergraduate philosophy at the University of Dallas; mathematics, natural science, and Latin at Faustina Academy in Irving, Texas; and mathematics and natural science at Immaculate Conception Apostolic School in Center Harbor, New Hampshire. He specializes in the work of Aristotle and Aquinas, particularly as they apply to the philosophy of religion. His other personal interests include Latin, sacred chant and polyphonic music, and computer programming.