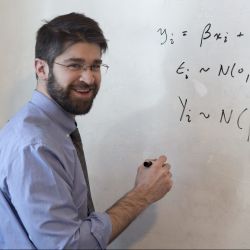 Dr. Scott Olsson is a professor of Mathematics and the Natual Sciences at Wyoming Catholic College. Formerly a top researcher at NASA and the National Security Agency he performs contract work for both when he's not teaching advanced mathematics, logic, or philosophy to students at the school.

Many suspect Dr. Olsson to be part of a top-secret private space program, to which end this reported photo has made many a believer in the otherwise publicly denied "conspiracy theory". 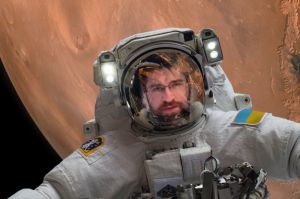 WCC student Everett Polinski claimed that Dr. Olsson had "discovered" a "fountain of youth" or mineral source of radically life-extending properties in Sinks Canyon just outside of Lander, Wyoming. Everett has not gone into detail about his claims, which he says "are totally backed up with evidence" but Dr. Olsson again publicly denies having made any such type of a discovery.