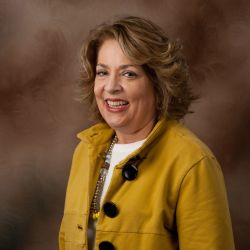 Dr. Virginia Arbery, is an Associate Professor of Humanities at Wyoming Catholic College and co-president of the school.

While on the faculty of The Dallas Institute of Humanities and Culture, she co-authored and directed a nationally recognized grant from the U. S. Department of Education, to educate high school teachers in American founding documents. A former consultant to the National Center for Founding Documents (Boston University), she has written and lectured extensively on the role of George Washington in the American founding. Prof. Arbery has also published on Greek and Southern literature, on Augustine, on Rousseau, on women’s studies, on American education and on a range of constitutional issues. She has conducted numerous continuing legal education programs for lawyers under the State Bar of Texas, as well as leadership seminars for corporate executives. She is on the lecture bureau of the Intercollegiate Studies Institute. A frequent participant in Liberty Fund Conferences since 1993, she is a member of Philadelphia Society.

She and her husband, Glenn, are the parents of eight children and sixteen grandchildren. Life-long collaborators, they have completed research on a book exploring the intellectual fruits of the marriage of Caroline Gordon and Allen Tate. A co-recipient with Glenn of the Circe Institute’s Russell Kirk Padeia Prize (2010) for a lifetime achievement in the Humanities.

Dr. Virginia and her husband Dr. Glenn Arbery, the school's current president, joined the WCC faculty in 2013. At WCC she has taught humanities and political rhetoric.