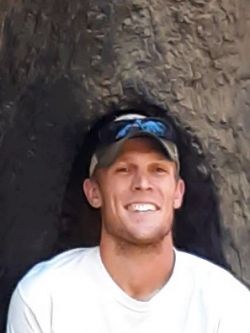 Eli Rowney is the Plant Manager for Wyoming Catholic College, as an assistant to overall maintenance supervisor Michael Sheehan. He is also a 2016 graduate of the college.

Raised in a small town in the Sierra Nevada Foothills of Central California, Eli graduated from Wyoming Catholic College in 2016. While a student, he worked on the student maintenance crew during the school year and built fences back in California during the summer. After college, Eli spent a short time in Illinois working for a landscaping company before moving back to his hometown and working for a small, local land surveying firm. In 2017, he married Maria (Klein) Rowney (’17) and, three years later, moved back to Lander to work for the College’s maintenance department. In his spare time Eli enjoys mountain biking, fishing, dirt biking, hunting, exploring any nearby mountains, fixing/remodeling his house and spending time with his wife and his three siblings (all of whom live in Lander).