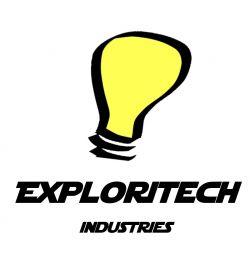 Exploritech is a research and technology organization headquartered in Indianapolis, Indiana but with facilities around the country in Colorado, Rhode Island and Alaska as well as internationally in Canada, Siberia, and Ragaan. It was founded in 2000 by Dr. Mark Johnson, a self-proclaimed inventor and tinkerer and it specializes in advanced experimental products, aircraft, vehicles, and materials engineering. It remains headed by Dr. Johnson with other top researchers including Samuel Johnson, Edward Tippman, Richard Polinski and Arv Hanson. Exploritech is privately owned and its financials are not publically known but it makes most of its money on contract projects/work for other firms as well as the US Military.

Many of its employees have relatives who are students at Wyoming Catholic College and several professors, most notably Dr. Scott Olsson. Major inventions/projects of the firm include a walking troop carrier some have compared to Star Wars' ATAT Walkers, a near-silent flying drone that is also partially invisible, and reportedly biomedical research involving nanotechnology.

Exploritech is often compared and contrasted against fellow inventive organization Swift Enterprises, and the two, while on some degree rivals, appear to maintain a working friendship.