Frassati Hall (nickname Frassats) is Wyoming Catholic College's dining hall. A former American Legion post, the building, recently upgraded with beautiful windows, features a state of the art kitchen, a massive cafeteria, and a game/rec room area. School dances are held in Frassati and it is the current meeting place for most weekend outdoor trips, shuttle, and conversations.

Frassati Hall (prior to recent renovations)

Frassati Hall was constructed in 1943 initially as a local armament storage facility for Civil Defense answering to the Wyoming National Guard. It was sold off in 1955 as a war-surplus facility to Brandon Automotive Technologies, which owned the building until 1978 when a local branch of the American Legion purchases it for use as a meeting and social gathering space. They renovated it to install a then state-of-the-art kitchen and drain system but left the building almost entirely windowless, as had its previous owner since its military era construction. Space was available to be rented off for community events during this time but it mostly sat little used and was sold to fledgling Wyoming Catholic College in 2011 for use as a dining hall and student gathering spot.

The college performed slight renovations, adding a bar-like coffee-shop, the fore-runner to now for-profit Crux Coffee that year, but also left the bomb-shelter like appearance in place until 2019, when, historically, new windows were installed along the buildings east wall, a canopy over the entrance, and a more permanent school sign. 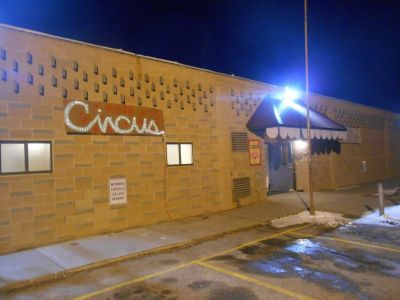 Criticism of Frassati Hall comes mainly from those who work there.

According to WCC 2020 Graduate Ian Whitmore, Frassati Hall may be haunted, as he reported a strange and frightening experience to several IIT reporters. Several freshmen report another strange entity, what they call the Greaseman occupies the building, with varying stories as to the effects of what one called "a monster behind the dishpit".

Several long-term school plans have Frassati eventually being turned into a school library, but the current building use, even in the face of high complaints about its kitchen, is set to remain indefinitely, according to the most recent intelligence IIT sources have managed to collect on faculty meetings.