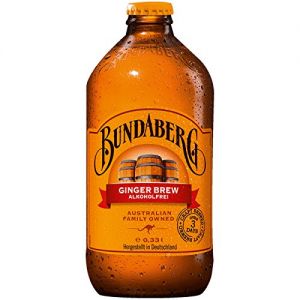 Bundaberg is a popular brand of ginger beer

Ginger Beer is a non-alcoholic beverage enjoyed by many students of WCC. True ginger beers are brewed from a mixture of ginger spice, yeast, and sugar. The natural fermentation of this mixture results in a delicious carbonated drink. Many ginger beers however are manufactured rather than brewed. In the case "Donoghue v Stevenson" a manufacturer of ginger beer was sued by Mrs May Donoghue when she became sick from a decomposed snail in her bottle. WCC student Benjamin Bridge is known to buy ginger beer from the local Safeway.