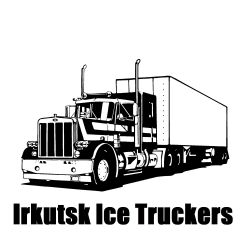 Irkutsk Ice Truckers News is a satirical website launched in January 2019 by Irkutsk Ice Truckers. Launching with coverage of local news events in Lander, Wyoming and parodying Wyoming Catholic College school assignments, they have since moved on to parody national, political, and Catholic news. A collection of their short-stories was published in August 2019 as the organization's first book, the Evangelium Andreii. Further books are planned in the future and an expansion of their services with the addition of a dating portal, MetalMatch, is in progress.

Related projects include a photo-editing blog known as ETBMugBug & Bros, an apparent religious organization known as the Cult of the Tree of Life, an online forum, and an online encyclopedia system, all of which are linked from the main site.

Irkutsk Ice Truckers (IIT) is an international business conglomerate headquartered in Lander, Wyoming. Founded in October 2018 by Everett Polinski, businesses include ice-trucking, news and media, delivery and logistics services, web design, publishing, and more. Its net sales were $310 in 2019 for a loss of $125.

Irkutsk Ice Truckers was founded in October 2019 by then freshmen Everett Polinski and James Green and the then-sophomore Sophia Donaldson, all three of which remain as the companies' board of directors. Full-time students, it wasn't originally their idea to get so quick and fast into the business world, but at the suggestion of senior Ryan Alexander that month they buy a used truck from a friend of his in Alaska, they jumped at the idea of "moolah baby" as Everett called it, "regulatory and international political experience" as Sophia called it, and "hmm interesting" as James took it. Skipping the fall Outdoor Week, the three of them launched a study into the feasibility of trucking operations, where demand for them was, how they worked, "random business factoids" and "cool ideas to tag along" over late nights in Frassati Hall.

They couldn't drive trucks themselves, at least not all the time, given the constraints of curfew, being a student, and the like, but it looked like there was money to be made up in Alaska and Russia, and Everett had some personal and family connections in both places as did several other of their friends, so the three decided to push forward on buying the truck from Ryan's friend, scoping out Alaska, and in general launching their business.

Training, business planning, and financing took up the rest of the semester, but in January 2019, IIT was fully in operation, operating a thrice-weekly scheduled trucking service from Anchorage to Atquasak, Alaska, and across the ice-covered Bering Strait to Irkutsk, Russia. Initially, their three trucks which they operated at launch carried fish, fuel, frogs, and fried-chicken to Russia from Alaska and whiskey, electronic parts, and rare-earth elements on the return for distributors in both countries. 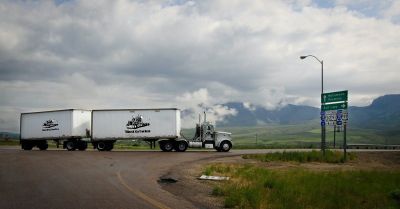 Since then, IIT has grown beyond this initial route to offer charter transportation across Alaska and routings to the mainland United States as well as limited service to the land some call Canada.