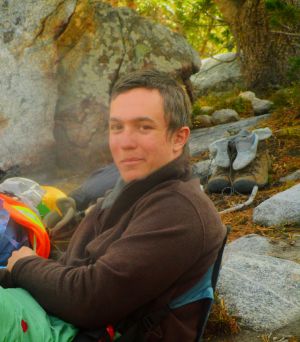 Jeffery "Jeff" Sarvis is a freshman at Wyoming Catholic College of the Class of 2024. Originally starting at WCC in 2016 with the Class of 2020 as WCC's youngest ever student, being a mere 15 years old at the time, Jeff, is a three-time instructor of the school's three-week backpacking trip, the Freshman Expedition. Jeff failed his Senior Oration by accidentally speaking only in Spanish instead of English or Latin, and instead of completing then what would have been one of his last steps before graduating in Spring 2020, decided instead to repeat the entire four-year WCC curriculum. Jeff is from Tenderly, New Mexico, and besides loving the outdoors, is also well-known at WCC as a bard, joker, performer, and all-around "fun guy".