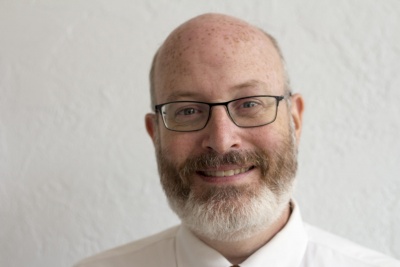 Joseph Stong is the Regional Director of Donor Relations for Wyoming Catholic College as well as a head of the Lander division of the Civil Air Patrol.

Joe Stong is a native of Michigan and spent formative years in Ohio, Minnesota and again in Michigan before graduating from Brother Rice High School in 1988. He pursued a religious vocation with the Legionaries of Christ from 1988 to 1999 during which time he studied classical humanities in Salamanca, Spain and obtained a licencitate degree in Catholic Philosophy from the Pontifical Athenaeum Regina Apostolorum in Rome, Italy. While a seminarian he worked as an Administrator of a retreat center in Rye, NY and of the Cheshire, CT based seminary. Later he worked as the chief direct mail writer for the Legionary fundraising office based in Hamden, CT for 3 years.

Discerning that the priesthood was not God’s will for him, he returned home from Italy in 1999 and became assistant director of Catholic World Mission, a then-new non-profit dedicated to helping the poor in Latin America. As Assistant Director he helped grow the direct mail donor base from 800 to 30,000 active donors in 3 years.

He worked as Director of Admissions and Registrar for the Institute for Psychological Studies (now, Divine Mercy University) and then spent some years as a Major Gift Officer for pro-life and civic organizations before becoming Vice President of Development for Guest House, a Michigan based charity that rehabilitates priests and women religious struggling with addictions. In 2011 he became Director of Stewardship and Development for the Diocese of Savannah, GA.

He is married and he and his wife have 6 children. Like all Legionary seminarians, he learned to speak Spanish fluently and can read basic Italian. He’s an Eagle Scout and has experience in all aspects of fundraising: direct mail, major gifts, planned giving, special events, and capital campaigns. He did humanitarian relief missions in Mexico and El Salvador. Specialties: Fundraising, administration, leadership. Public speaking and writing. Fluent Spanish, conversational Italian and basic French and Korean. He is a first degree Knight of Columbus and has taught catechism to 7th graders and teens.