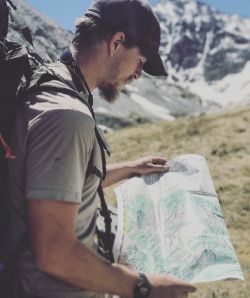 Karl Eby is a COR Missionary for Wyoming Catholic College's COR Expeditions and a 2013 graduate of the school.

A graduate from Wyoming Catholic College, class of 2013 and recipient of the Frassati Award for excellence in the outdoor program, Karl Eby has been living, working and adventuring out west since he came to college. After graduation, he worked two years for FOCUS (Fellowship Of Catholic University Students) as a missionary on two different college campuses, and one year for Aspiro, a private, wilderness therapy program. Karl is also a graduate of NOLS, SROM, NOLS Wilderness Medicine, and SOLO programs; he has lead trips backpacking, rock climbing, ice climbing, skiing, canoeing, kayaking, mountaineering, and canyoneering. His other interests include, fishing, biking,reading, poetry, philosophy, theology, and the pursuit of interior silence. He worked summers for WCC and COR from 2013 to 2016, leading trips and working on program development and was hired to a full time position in March of 2017.