League of Guardians of Lan Vilma 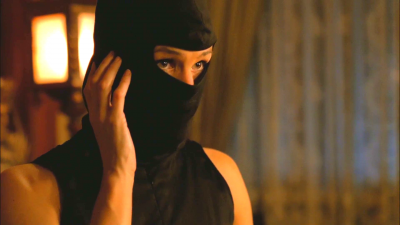 The League of Guardians of Lan Vilma is a secretive European organization considered to be a terrorist organization by most countries. Supposedly founded in the early 19th century, it is highly secretive with little known about but for recurring "manifestos", placed and published every few years that detail an "agenda of human striving and guardianship of the superiority of the golden" along with a mysteriously written "seventeen goals". Russian scientist, and suspected perpetrator behind many human-rights abuses, Dr. Jeril Smildel, is suspected to be the current leader of the organization which has reportedly claimed responsibility for several bombings and mass-shootings, as well as acts of industrial sabotage over the past few decades. Anarchist-terrorist Karen Clark is also rumored to be a prominent member although many of her crimes/terrorist acts are thought by investigators to so diverge from the League's goals, that she is practically acting on her own much of the time.

The League of Guardians' origins are shrouded in as much mystery as are the organization's goals. A group with that name existed apparently in Spain and later Italy in the early 19th century. Next to nothing is known about its purpose, but the League of Guardians came into more modern focus in the 1980s, when the group claimed responsibility for several mass-shootings at US Military installations. Investigated heavily by US law enforcement, nothing was turned up about this organization claiming responsibility until the 2000s when highly poisonous chemical gas was released in March of 2005 into a New York City subway. Luckily, most of the attack was thwarted due to an apparently freak accident that caused part of the tunnel system to collapse, trapping release and spread of the chemical, such that only five died, but the attack was claimed by the League of Guardians who promised it was only a "calling card" unless certain unstated demands were met.

The League of Guardians has a self-proclaimed list of seventeen goals although only several of these have been publically made known by the organization.

Many (?) fear that the League of Guardians of Lan Vilma has access to advanced, "alien-like" technology that they use, or, as is feared, could be ready to use at any moment for espionage and sabotage purposes. According to Apintu Bersal Somchai, president of Ragaan, a leader who has strongly called for more international action to thwart the League, he fears that they "could be sourcing technology from the Terrasims", a rumored spacefaring ancient Earth civilization.