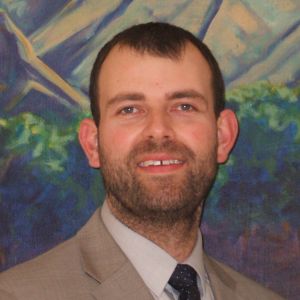 Magister is simply Latin for "teacher" but often refers at Wyoming Catholic College to Professor Eugene Hamilton, who has been the school's primary Latin instructor since 2014. At the school, he and his unique, and as he calls it "sicut parvulus" immersion teaching style have practically made him a pop-culture icon.

Professor Hamilton grew up in Albuquerque, New Mexico and earned his B.A. and M.A. in Classical Studies from the University of New Mexico. Prior to joining the faculty at Wyoming Catholic, he taught Latin for seven years to Wyoming middle school students at Casper Classical Academy. Mr. Hamilton routinely attends and instructs seminars on the pedagogy of spoken Latin in the modern classroom. He is an outdoor enthusiast, with hobbies including, skiing, hiking, biking, fly-fishing and backpacking.