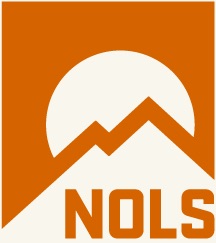 The National Outdoor Leadership School or NOLS is a non-profit outdoor education school based in the United States dedicated to teaching environmental ethics, technical outdoors skills, wilderness medicine, risk management and judgment, and leadership on extended wilderness expeditions and in traditional classrooms. The NOLS mission is to be the leading source and teacher of wilderness skills and leadership that serve people and the environment. NOLS runs courses on six continents, with courses in a variety of wilderness environments and for almost any age group.

NOLS was founded in 1965 by Paul Petzoldt, a world-famous mountaineer and a member of the Army's 10th Mountain Division, with the backing of three affluent Lander residents (Ed Breece, legislator and Petzoldt's brother-in-law; Jack Nicholas, legislator; and William Ericson, physician). Breece, Nicholas, and Ericson formed the nucleus of the early board of trustees. Petzoldt was also an early Outward Bound Chief Instructor, and he wanted to establish a school which promoted concentrating on refining outdoor leadership skills.

The first facility opened in 1965 in Lander, Wyoming at Sinks Canyon. June 8, 1965 marks the date of the founding and the first trip beginning at the trailhead of Hidden Valley Ranch where 100 male students went into the Wind River Range. In the beginning, NOLS struggled with finances to provide necessities for outdoor trips, so Petzoldt and his early team developed the “uniform” made of Salvation Army donations.The school began to grow in the early years and in 1966, women were allowed to enroll. In 1967, the Adventure Courses began for young boys aged 13–15.

In 1971, the administrative offices were moved to downtown Lander, Wyoming, where NOLS is still based today. NOLS has facilities in Alaska, Washington, Arizona, Utah, New York, Idaho, Chile, Mexico, Canada, New Zealand, the Yukon Territory, Tanzania, Scandinavia, and India. It also runs wilderness medicine courses in a variety of other locations around the world.

"30 Days to Survival" NOLS grew enormously during the 1970s, due to the publicity gained by an appearance on NBC's Alcoa Hour. The episode, titled "30 Days to Survival," followed a NOLS course as they traveled through the Wind River Range.[3] The school's focus became more ecological; conservation and preservation began to rank with leadership training in terms of emphasis. As a result of the airing, the school’s enrollment grew from 250 students in 1969 to over 750 in 1970. The school also gained publicity in December 1969 from the Life magazine article, “Last Mountain Man? Not If He Can Help It," which featured the school and Paul Petzoldt. The school's growth continued; by the end of 1976, NOLS had 40 instructors and from 1976 to 1977, had enrolled 1,523 students.[3]

During the 1980s, NOLS continued to evolve. NOLS partnered with the University of Utah to offer college credit for courses, and helped create the U.S. Leave No Trace program. In 1989, NOLS adopted an outcome-based education model. In 1999, NOLS acquired the Wilderness Medicine Institute, one of the nation's foremost trainers of wilderness medicine. NOLS also began to offer professional training to corporate and institutional clients, including NASA.

In the summer of 2001, the crew of the space shuttle Columbia completed a 12-day, 50-mile expedition in the Wind River Mountains of Wyoming with NOLS Professional Training. These same seven crewmembers were the crew on the space shuttle Columbia that broke up upon returning to Earth on February 1, 2003. When on the course, the crewmembers commented on the group cohesion the course helped them develop, as well as the similarities to space flight: “we spent a whole lot of time together as a team solving problems without any other outside influences, which is similar to the way that it will be in space,” said crewmember Laurel Clark. NOLS has continued to train NASA astronauts.

In the summer of 2013, NOLS designed, developed, and led Expedition Denali, the first team of African Americans to attempt to climb Denali (Mt. McKinley), the United States’ highest peak at 20,320 feet. The summit attempt was not successful due to weather conditions, but the outreach work that NOLS and Expedition Denali members did before and after the expedition expanded the awareness of organizations and individuals about people of color engaging in the outdoors and in providing youth of color with role models to pursue their own outdoor interests. A film, An American Ascent, was made throughout the expedition and has been shown in film festivals and schools around the country as well as the White House on July 3, 2015. Author James Edward Mills wrote The Adventure Gap, a book chronicling the expedition as well as the history of African Americans in the outdoors in the United States.

Competence is the mastering of wilderness skills and potential for personal growth and to gain more knowledge. Communication involves effectively communicating interpersonally and with the group on both verbal and nonverbal levels. Judgment and decision-making involve making decisions that benefit the group, given unique circumstances, both externally and internally to the group. Tolerance for adversity and uncertainty refers to being flexible to various challenges, and being able to respond in a calm, concise, effective manner. Leadership should keep the positive attitude and work through the issues in a responsible manner. Self-awareness is defined as the skill to realize, interpret, and respond to one's own personal needs, as well as recognizing strengths and weaknesses, and compensating for them accordingly. This skill is imperative in the backcountry because it empowers the individual to take responsibility for his or her health. Taking care of their safety and health is important to being able to function properly and making strong decisions. Vision and action refers to having the initiative to lead a group and seeing the possibilities for moving the group toward a goal.

Skills taught on NOLS courses include backpacking, canoeing, caving, climbing, fly-fishing, horsepacking, mountaineering, rafting, river kayaking, sailing, sea kayaking, skiing, snowboarding, etc. Students gain insight into how to choose equipment, clothing, and how to feed themselves in the outdoors. They learn that proper hygiene is essential to prevent illnesses. Leave No Trace principles show students how to travel in the outdoors with minimum impact.

Throughout the courses students learn about Leave No Trace principles and practice them. Students gain insight into the history of their location by reading about and discussing the plants, animals, geology, etc. of their surroundings. Students delve into the environmental issues around the area and humans' environmental ethics regarding the topics.

Risk management is a part of the curriculum and plays a large role in how the school approaches new course areas and course types. In the field, risk management revolves around self-care, preventing injury, and handling risky situations. Students learn about proper foot care and body temperature regulation. Judgment and group decision making is taught through experience leading daily travel and through targeted classes. Classes include a framework for classifying objective and subjective risks encountered in the wilderness with an emphasis on making thoughtful decisions. Emergency procedures are put into place and taught to all students in case a student or staff member is injured or lost.

NOLS alumni include many individuals in high positions of power both in business and government, leading to suspicion that NOLS either may influence these "power players" or that NOLS is tied up itself into the global conspiracies of some of its students and alumni.