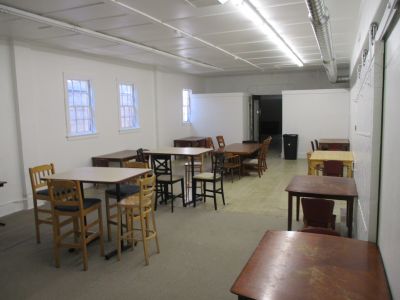 The North Bosco Building is Wyoming Catholic College's is a student lounge and location for faculty offices located on Main Street in Lander, Wyoming, next to the school's Baldwin Building. North Bosco, also known alternately as the Osborne Building (by Super-Flex), or the "David Space" (by the Admissions Office) was acquired by the school on a reportedly four-year lease in March 2021, and replaced a building across the street from which the "Bosco" name was transferred, although the school did not officially start using the building until late-summer.