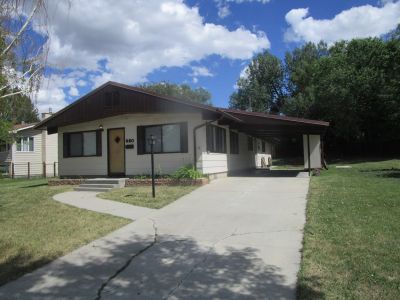 The Parish House, or as it would otherwise be called, the rectory, was formerly a dormitory for Wyoming Catholic College and currently houses the school's chaplain, Msgr. Daniel Seiker. Visiting clergy are typically also housed at the building, and with its location near the southern end of Lander, Wyoming, nearby the airport, convention center, and golf course it is one of the most distant of the school's properties in town.

The Parish House, built in 1958 as an ordinary home dwelling, was purchased by the college in 2012 to house the school's chaplains. From 2014 to 2018, due to overcrowding in other dormitories, several men considering religious vocations were housed at the location as a temporary dormitory along with the school's chaplains.