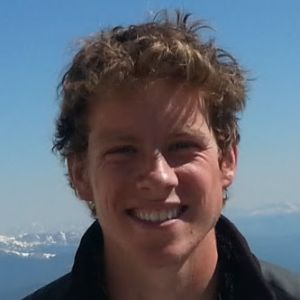 Paul Milligan (nickname: Bob) is a member of the Milligan Family of New Hampshire, a COR Missionary for Wyoming Catholic College's outreach organization COR Expeditions and 2018 graduate of the school.

Paul grew up in the green hills and White Mountains of New Hampshire, proud sixth child in a family of 14 children. Following in his 5 older siblings’ well-trodden footprints, he attended Wyoming Catholic College, graduating in 2018 and becoming the third member of his family to win the Blessed Pier Giorgio Frassati Award for excellence in the Outdoor Program. He worked as an Outdoor Leadership Program employee and manager for three years, led many week-long trips, and contributed to the initial forming stages of COR’s curriculum and vision. He became a rock climbing, caving, mountain biking, and kayaking instructor for WCC and received certifications in wilderness medicine from SOLO. In addition to fully immersing himself in WCC’s outdoor program, Paul has enjoyed two summers in the mountains of Colorado as a professional backpacking guide for Camp Wojtyla’s Back-country Program. His love of the outdoors is manifested chiefly in a strong attachment to rock-climbing, whitewater kayaking, and backpacking. Paul met his future spouse at WCC, member of his class and inseparable adventure companion Erin Deucher, and their wedding took place in October of 2018.

He was one of the three instructors for the now infamous WCCLE 5 "Lost Boys" in August 2018 and was part of the rescue team of four that eventually found and recovered them.

In Fall 2018 he became a full-time missionary for COR Expeditions and is eagerly looking forward to bringing the Word of Christ to the spiritually needy in the back-country and launching his time with the COR Expeditions family, while at the same time launching a family of his own.