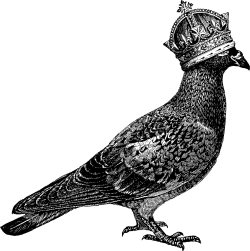 The Pigeonhole is Wyoming Catholic College's student-produced literary magazine. Run by Peter Tardiff and several anonymous administrators who are known as the "Four Blind Mice", it produces two issues a semester, containing mostly art, poetry, and essays written by students, faculty, and staff.

The Pigeonhole was founded at WCC in 2018 by Peter Tardiff. It started small and the content was mostly written by Peter himself, but under the special patronage of the venerable Columbus Rex, it "grew and grew and grew. Peter began inviting other students to submit their work and the conent became more diverse, expanding to include prose, poetry, and visual art pieces. Two years later, The Pigeonhole is now staffed by a team of seven, includes a spotlight faculty piece and a photography section, and has refined its layout in order to look more like an official literary journal. Beginning with its Winter 2020 issue, its format was redesigned and began to be professionally printed with copies circulated around the WCC campus. 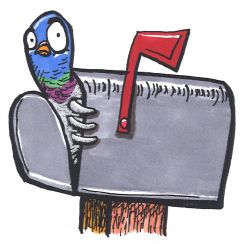 Why is it called The Pigeonhole? We liked the name because it’s unpretentious. It doesn’t cry for attention -- just like a pigeonhole, which is small and out of the way. But despite being unassuming, it can be used to store little treasures, things both interesting and valuable, which its editors hope to have done. What’s more, a pigeonhole holds a wide variety of things. It's a universal compartment. This reflects the variety of material they chose to include. WCC is, after all, a liberal arts college, and its students don't want to pigeonhole themselves.