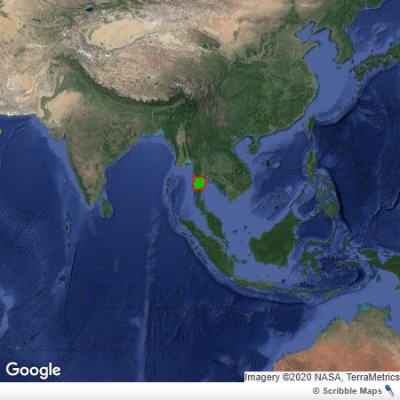 Ragaan is a country in Southeast Asia located between Thailand and Malaysia abutting both the Gulf of Thailand and the Indian Ocean with an area of 54,000 square miles and a population of 15,245,400 as of its most recent census. Its capital is Sersent, population 3,441,100 and its economy is highly dependent on agriculture and mining along with a growing manufacturing base and increased tourism following the fall of the Soviet-supported Raga-Dalan regime in 1995. Ragaan is officially a democracy, the Republic of Ragaan and the Tenth Islands being its official title and its current ruling party is the Last Man Movement, headed by prime minister Apintu Bersal Somchai since the country's last election in 2017.

Present Ragaan traces its historic and cultural identity back to the Raganor people, who originated from the north and established the Raganeese kingdom in the early 13th century. Wars and revolutions headlined centuries of turmoil until worse came for Ragalaan with the arrival, of strange marauders from somewhere to the south somewhere in the mid-17th century. These people known mainly as the Lorans but ultimately quite mysterious, fought with the now quite-native Raganeese for nearly a half-century before palace intrigue led to first the betrayal and murder of the then King Selinam VII and then a counter-betrayal that caused the death of his assassin. Peace settlements after a year of utter chaos led to the establishment of joint-rule by the two peoples as the Kingdom of Ragaan in 1704.

The Kingdom of Ragaan lasted "mostly" until the early 20th century when communist revolutionaries launched several failed coup attempts in the 1920s. In response then King Aberal Vinsow tightened security and his grip on power, leading to a growth in apparent support for the revolutionaries, who seized power in 1929 forming the People's Republic of Ragaan or as it was often otherwise known, the Ragan-Dala regime.

Ragaan, as would be expected, formed strong relationships with the Soviet Union, communists in Vietnam, as well as the Soviet satellite state of Brungaria during the mid-20th century. Economic growth, as would also be expected, was also quite stunted by communism, but Ragaan held together as a state with a large influx of Soviet military aid to the communist Ragan-Dala regime that were forced to engage in a near-constant insurgency to hold down various rebel groups. Ragaan aided communist North Vietnam during the Vietnam War with, admittedly token, troop and supply aid but the seeds of the regimes' eventual collapse were laid as it became more and more obviously overstretched especially after human-rights abuses connected with chemical and biological warfare under international researcher Dr. Jeril Smildel led to the death of thousands of Ragaanese.

Rebels managed to gain greater and greater footholds, a process only accelerated by the 1991 fall of the Soviet Union, and in 1995, the People's Republic finally collapsed. Rebels of a coalition, "The Bless Fathers", formed a temporary transitional government, and the currently-ruling Republic of Ragaan and the Tenth Islands was officially established. Ragaan slowly opened up to the world over the next decades, and it now hosts a growing manufacturing and export industry along with fast growing tourism to its many beaches on the coasts of both the Andaman Sea and the Gulf of Thailand. 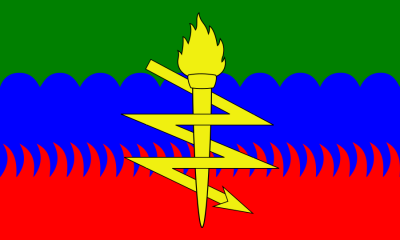 Flag of the Republic of Ragaan and the Tenth Islands.

Since the fall of communist rule in 1995, Ragaan has been a democracy with partial features of a republic. A representative body, the Congress of the Ragaanese, a prime minister, Apintu Bersal Somchai of the Last Man Movement party, and a judicial system appointed by the congress, head the government, and elections are held every five years. 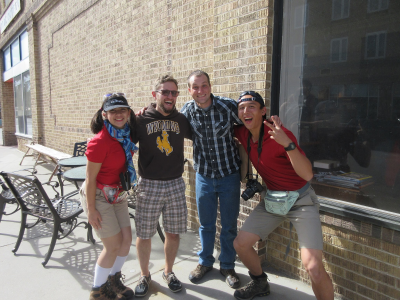 Ragaanese tourists in the USA: Jiang and Hier Chang

Ragaan's people are a mix between descendants of the Raganor people, the Lorans, some Malays, and a growing minority of Chinese immigrants. Most people in Ragaan have some sort of mixed ancestry. The official language of Ragaan, Ragaanese, has much in common with Thai and Malay but also certain intriguingly Hindi-esque characteristics.

According to several research expeditions conducted by Exploritech and the Redimet Group Ragaan has a unique and inexplicable geographical history. Signs of recent volcanism are "evident everywhere underground" but the character of the land above ground seems far more ancient than what lies below. Redimet Group officials suspect that numerous previously unknown minerals may lie under Ragaan waiting to be discovered.