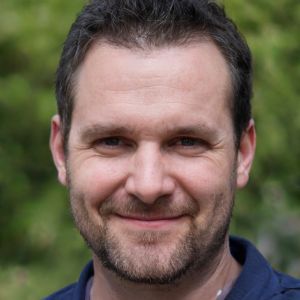 Richard Polinski is the father of Wyoming Catholic College Junior Everett Polinski, an engineer/researcher/tinkerer who worked at the National Aeronautics and Space Administration (NASA) where he worked with WCC professor Dr. Scott Olsson and is now a researcher and test engineer for the technology and research organization Exploritech, which also employs relatives of many other WCC students.

Of primarily Polish ancestry, Richard Polinski was born in 1960 near the height of the Cold War in Chicago, Illinois. Desiring from a young age to be part of the Space Program, Richard went to Indiana's Purdue University where he received a master's degree in Aeronautical Engineering at the age of 23 and went to work for NASA near the beginning of the Space Shuttle program. He worked at NASA for around 13 years before suddenly deciding to quit at the end of the Cold War where he spent a stint working with a conglomerate known as the Redimet Group engaged in mineral prospecting and research in Siberian Russia. Here he met his now, wife, who was also a scientist working on the same program Anna Gleason, a relative of many other students at WCC. Several of his children, including Everett, were thus born in Irkutsk, Russia, a setting that gave his son Everett inspiration for naming his website/organization, Irkutsk Ice Truckers.

In 2005, he returned to the United States to take a job for a new research/technology startup, Exploritech, founded by Dr. Mark Johnson, uncle of WCC student Margaret Johnson, and which soon had multiple facilities in Colorado, Indiana, and Rhode Island on the US East Coast. He continues to work there to this day and has worked personally on the development of a walking troop carrier some have compared to Star Wars' AT-AT Walkers, a near-silent flying drone that is also partially invisible, and reportedly biomedical research involving nanotechnology.

Richard and his family now live in Arvada, Colorado just outside Denver but Richard takes frequent trips/expeditions to work on Exploritech projects around the country and sometimes in Canada. He is quiet about his work and aims to maintain a low profile, but it is rumored that his long-term aim with his work at Exploritech is to fulfill his dream of heading to space. Richard is thought to be at odds with or at least a major rival of his former colleague Dr. Scott Olsson.