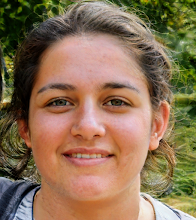 Sophia Donaldson is a Senior of the Class of 2021 from Alabama. A Latin tutor with very high concomitant political interests, she vies with Anthony Jones for the "most likely to be president" award.

An intern for Right to Life of Alabama in 2018, a leader for the WCC Freshman Expedition in 2019 and set to be an intern/assistant campaign director for the campaign of US Senate candidate Tommy Tuberville this year, Sophia hopes to work somewhere in the political arena, a field, a world of complexity and epic confusion that's attracted her interest since high school.

Though not elected to a leadership position at WCC, Sophia has also been able to fulfill her other major interest, Latin, specifically conversationally speaking, as a Latin tutor, where she helped Magister during the 2019-2020 School Year administer Quests and plans to help revamp Pensa Domestica in the coming year even as she will step back from active tutoring amid plans to be a part time Faculty Assistant as well.

She is rumored to be dating sophomore Alfred Pozno.