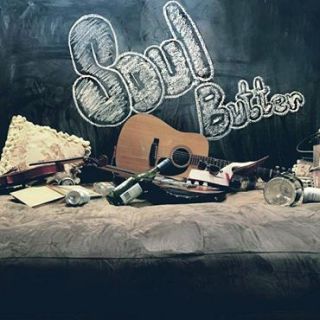 Soul Butter is a Lander, Wyoming based country-folk band that launched in 2017 among students at Wyoming Catholic College. Launched originally by Joshua Mireles and Sean Floody, the two pulled their inspiration from a wide field of music, but "quickly created a unique and pure sound that refused to be pigeon-holed." After the arrival of Brendan Floody as lead vocalist, the band started touring around Lander and set to work on their first release, a debut album, entitled Half the Things We Wrote. Since then Soul Butter has expanded their lineup to include multi-instrumentalist and producer, Thomas Mireles, as well as bassist, Dominic Mireles. With this addition, Soul Butter has truly become a family band, with Thomas and Dominic, joining their brother Joshua and the Floody brothers, Brendan and Sean.

In Summer 2020 Soul Butter released their second album, Front Porch Soul. For this album, they combine poetic verse with a sound that is reminiscent of Appalachian Folk, and early Muscle Shoals. Front Porch Soul's witty lyrics, from the mouth of songwriter Joshua Mireles, get down to the gritty, unfiltered realities of blue-collar life. From the upbeat first track, That's The Way It Goes, to the final title track, Front Porch Soul, the listener is taken on a journey through life in a small town that, for all of its faults, ultimately provides solace on the front porch with good songs and good people.