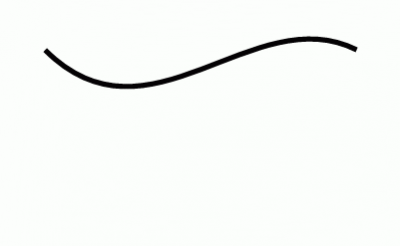 The Curve sometimes referred to also as "the swerve" is a semi-mythological deity which students at Wyoming Catholic College are want to invoke, most often around the times of Finals, papers, and quizzes. Most students believe that this being will somehow turn their incorrect answers and lower grades into perfection, truth, and high grades, even without the level of knowledge which they actually possess being heightened or improved in any way. Evidence for the existence of The Curve is mixed. Strong reports seem to indicate its presence in Dr. Grove's quizzes but there is almost entirely no evidence to be found of its presence in students' work for Dr. Kent Lasnoski and Professor Kyle Washut.

The Curve was first mentioned by the Epicurean writer Lucretius in his work De Rerum Natura (On the Nature of Things). Invoked there as the cause of there being something more than, and yet not really anything more than, atoms and the void, Lucretius referred to the curve as "the swerve". The concept appears to have been forgotten for a long time until Dr. Virginia Arbery introduced it to WCC students around 2015, at which point nearly all students have become believers in it to a greater or lesser degree.

In 2020 popular culture has often referred to the catchprase of "flatten the curve", something many WCC students who believe in "The Curve" think might possibly be a hateful, anti-curvist threat against non-believers. "Until we know which curve they're talking about, we can't be sure if its a good thing or a bad thing," one has said. However, members of one class at WCC are interested in flattening one curve which they do argue is not equivalent to "The Curve", that being the dropout curve observed among members of the Class of 2022.