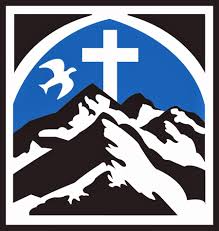 WCC Catering is a subsidiary of Wyoming Catholic College that offers food, service, cleanup, and entertainment for events of any size in the Lander, Wyoming area. Currently headed by Kevin Milligan and Bruce Liu they had gross revenue of $180,387 in 2018 and catered forty-three separate events. By increasing the scale of school food production, and by bringing in extra outside revenue while employing students and faculty family-members, WCC Catering helps cross-subsisdize the school's food service in particular and the school as a whole in general.

WCC Catering was founded in 2016 by school executive chef (food service director) Bruce Liu to help use up excess capacity in the school's kitchens and kitchen staff and "maybe make a little cash on the side for the school". Launching by catering meals for the weddings of several school graduates, WCC Catering expanded quickly as it was the only dedicated catering business in the area, landing an absolutely massive and lucrative contract with One-Shot Antelope Hunt in 2017 and further deals that year with the Kiwanis Club of Lander and the Lander Community Entry Services to cater for their annual dinners each year.

WCC Catering specializes in public events but is also available for weddings, private dinners, and institutional food service. They offer three main traditions of cuisine: American, French, and Asian and nine major meal packages, but specializes and customizes offerings according to the organizer's desire.

Most events catered by the company are in Lander, Wyoming, and most of these are events hosted at the Lander Community and Convention Center but WCC Catering has worked for events as far away as Riverton, WY.