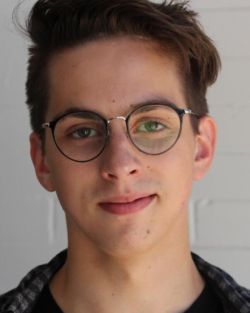 Zechariah Lee is a junior of the Class of 2023 at Wyoming Catholic College. Zechariah, originally from the central United States, spent a year at Thomas Aquinas College before a desire to see true beauty and wisdom through the experience of Wonder drew him to come to WCC. Zechariah is a member of the famed Powerhouse of the Class of 2023, one of the class's most talkative talker in class, and regarded by many as a second Omnisciens due to his intensive and impressive academic abilities. Zechariah can often be found with upperclassmen, whom he often helps and advises, within Crux Coffee, where he used to work, at his dorm, St. Isaac's where he is now a prefect, or outside school buildings engaged in intense philosophical dialogue and living.